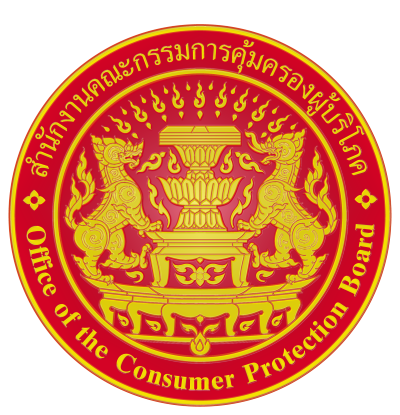 Office of the Consumer Protection Board

In the year 1969, the officer of International Organization of Consumers Unions, a non-governmental organization not involving politics established by uniting of the Consumer Associations of various countries with the principal office at Hague, Netherlands, had convince private sectors in Thailand to establish consumer association. However, it had not been succeeded because Thai private sectors had not readiness for the operation at that time. The International Organization of Consumers Unions had kept on trying, and sent its officer for inducement many times. Until its third effort, Thai private sectors had formed a committee, namely Consumer Study and Promotion Committee, to study the consumer's problems in the year of 1971 with continuous development in private sectors, and also to co-operate with the government sector. In the year of 1976, the government under the administration of M.R. Kukrit Pramoj as the Prime Minister had established a Consumer Protection Board having Pol Gen Pramarn Adireksarn, Deputy Prime Minister, as the Chairman of the Board. However, the Board had dissolved together with the government according to the political path in that age.

The government, under the administration of Gen Kriangsak Chomanan as Prime Minister, recognized the importance and the need of consumer protection, whereby, the Consumer Protection Board has been reestablished with having Mr. Sompop Hotrakitya, the Deputy Prime Minister, as the Chairman of the Board by virtue of the prime Minister, as well as, to study for seeking permanent measurement to protect the consumer both by substantive law and organization arrangement. In this regard, the consumer protection law has been drafted and proposed by the government to the parliament. Such law has been unanimously approved from the parliament, then, the government has respectfully proposed the draft of the law to his majesty. His Majesty has been graciously pleased to proclaim the enactment of this Act from the day of signing on 30th April 1979 and announced in the Royal Gazette, Volume 96, Part 72, Special Issue, date 4 May 1979, enforceable on the date of 5th May 1979 onward.